Before I can answer these complex questions, it’s important to know the origins of this hyperspecific subgenre. After doing some research (in an incognito browser window—being a sex editor has its at-work limits), I can tell you that this form of erotica actually has a long and storied past. But just a warning: What follows is, unsurprisingly, a little bit NSFW. Let’s dive in!

Case in point: The Dream of the Fisherman’s Wife, a woodblock print that shows a lady going to third base with a couple of octopuses. It’s a stunning example of antique octoporn:

Also, neither here nor there, but goddess Peggy Olson had a print of it in Mad Men!

It’s also important to note, as Dr. Eve does, that about 10 percent of the population has a fetish, and that being into something unconventional doesn’t mean there’s anything wrong with you. “Most people never find out what really arouses them,” she says. “The Internet offers curious people this opportunity. And then people who do know but have what they fear is defined as a shameful secret fetish find enormous online support via like-minded community groups.” So thanks, the Internet! 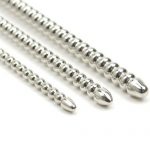